If you want to copy disks, convert VMs from one format to another, or take a backup of a physical disk, you can use the “Disk Backup & Disk Converter” tool.

The “Disk Backup & Disk Converter” tool offers the exact same functions as discussed in the previous chapter (Disk Backup Tasks) but it’s a once-off operation and the settings won’t be saved. Unlike creating a task that is meant to be repeated at some point, either manually or via the task scheduler, the “Disk Backup & Disk Converter” tool offers disk backup functionality for manual, once-off operations. 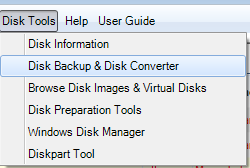 A new screen will open with essentially the same layout as when you create a new disk backup task via the “New Task Wizard”: 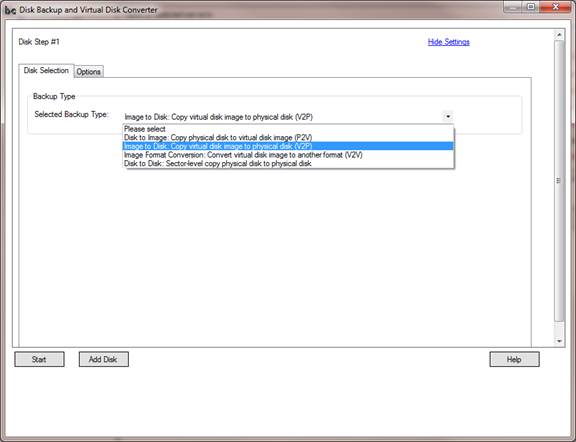 You can also add additional disks to the operation via the “Add Disk” button, for example, when you need to back up two drives at the same time due to applications that use multiple drives for data storage simultaneously. When you add more disks, some settings will be copied over for your convenience.

See page 29 for in-depth details of each function provided in this tool.