BackupChain is the only backup software that includes the ability to receive backup files over the internet through its built-in secure FTPS server. It’s by far the easiest FTPS server and very simple to set up and use. BackupChain includes this FTP server to allow IT Pros to build their own remote backup system with ease and without the need for additional software.
Advantages of BackupChain’s FTPS Server:

BackupChain’s FTP server setup can be completed in just one single and simple screen: 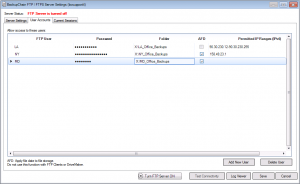 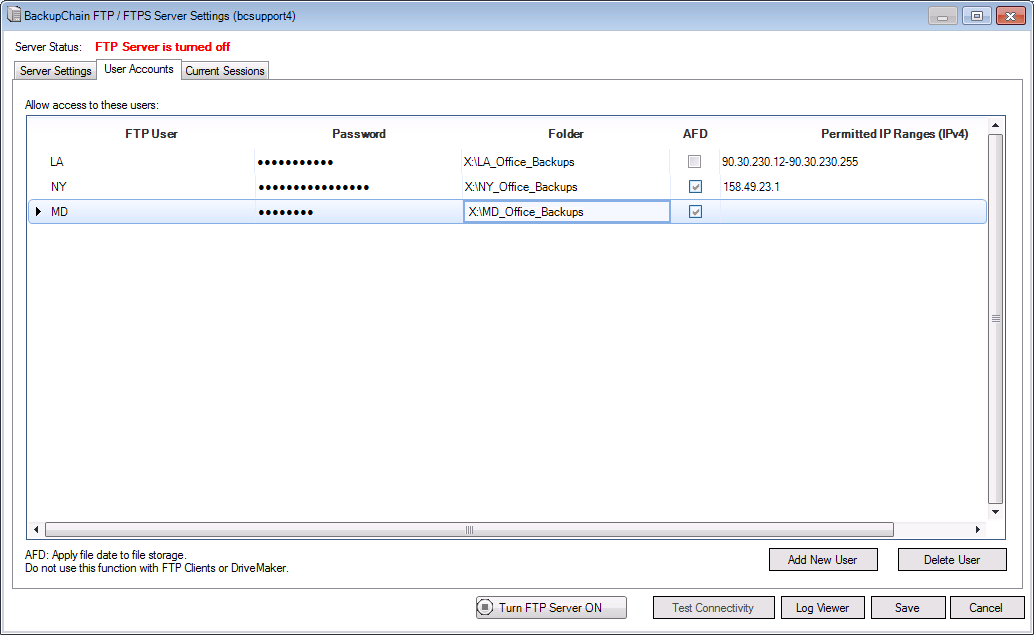 You can add as many users as you need, each to their own isolated folder. Select whether FTPS is to be enabled and either provide a security certificate or have BackupChain create one for you. Once the FTP server goes online you can use the ‘test in browser’ button to ensure everything is set up correctly.
This FTP server requires only two ports to be forwarded to your server from your router. In the above example, all we would need to do is change the internet router configuration and add two port forwarding rules, one for port 7878 and one for 7879. That’s all the configuration that is required. Firewall exceptions are added automatically if you are using the standard Windows firewall.

Our free tool DriveMaker maps a drive letter in Windows to your FTPS site, which naturally you can and should host with BackupChain’s own FTP server. You can use DriveMaker in combination with the BackupChain FTPS server to access data from your home office computer while on the road or at another office. You can also share documents and files easily with other people online who can access the same folders as you with DriveMaker.

There is no need to upload and download via FTP

DriveMaker does all this for you. The mapped drive is accessible from almost all applications in Windows, even antivirus programs. You can simply edit files as if they were local. DriveMaker will upload the file automatically when it’s closed.

How to Set up FTP Backup in BackupChain

BackupChain is the only tool on the market to offer deduplication over FTP. Use our FTP backup software to transfer huge virtual machine backups over the internet efficiently, by using incremental deduplication. FTP backups are especially efficient when you have large files backed up with deduplication as the overhead is minimal.